Antonov An-225 Mryia in Prague

The biggest cargo airplane – the ukrainian Antonov An-225 Mryia arrived to Prague to carry 117 tonnes generator to Australia.

An-225 is powered by six turbofan engines and is the longest and heaviest airplane ever built, with a maximum takeoff weight of 640 tonnes (1,410,000 lb). It also has the largest wingspan of any aircraft in operational service. The single example built has the Ukrainian civil registration UR-82060. A second airframe was partially built; its completion was halted because of lack of funding and interest.

When seen in person this plane is really huge and it was really nice to be able to get to the airport and take a few pictures from the apron just a few minutes before scheduled departure.

Shortly after 6.00 am Mryia took off and this view was also impressive. You can check the take-off on following pictures. 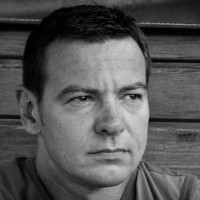